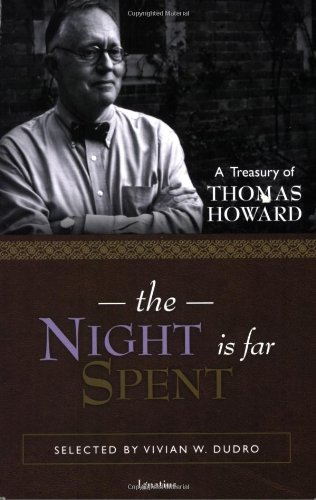 The order also requires residents to stay at home unless they are getting food or medicine, exercising or doing essential work that cannot be performed at home. Hillsborough officials have said the penalties for non-compliance would likely begin with warnings and fines. The crowd cheered and applauded. In some places, congregants appeared to be standing and sitting with an empty chair between them. Church officials did not respond to phone and Facebook messages from the Tampa Bay Times. In a statement released on March 18, church leaders signaled they considered church an essential service like police and fire departments and hospitals. Chronister said his legal staff and members of his command staff, including Chief Deputy Donna Lusczynski, went to the church on Sunday to try to meet with Howard-Browne to explain that attending church in person is not an essential exemption under the order.

Howard-Browne did not make himself available but church leaders and legal staff said they were refusing to cancel the Sunday evening service. To drive that point home, Warren and Chronister had Bishop Thomas Scott of the 34th Street Church of God in Tampa talk about how his church has temporarily halted services at the sanctuary, opting instead to stream them on line. This effort takes a lot of resources to gather and update. Subscribe Manage my subscription Activate my subscription Log in Log out. Regions Tampa St. Letters to the Editor Submit a Letter. Investigations Narratives Pulitzer Winners. Connect with us. About us. Obituaries Homes Jobs Classifieds.

Careers Advertise Legal Contact. Log in. Account Manage my subscription Activate my subscription Log out. He posted bail 30 minutes later. By Tony Marrero. After that, I moved on to John Newman and G. Finally, I started reading early Church fathers like St. I eventually read my way back into the church. I was becoming discontent with what I was witnessing in various Evangelical churches I'd attended. From very big to very small, there were some things that they all seemed to have in common that were quite anti-Biblical for "bible believing" churches. I decided I needed to find a different denomination that lined up better with my beliefs. But as I studied Scripture, I felt that there was something wrong with that point of view, and instead I needed to find an authority to submit to.

That required finding the Church Christ founded. At this point, I still believed what I had been taught, that the Catholic Church was apostate. We nearly became Lutheran. Then a friend, who had been struggling with many of the same issues I had been, found the book "Surprised by Truth". I made it about halfway through, still unconvinced, and then someone pointed out the John 6 dialog. That was the sign I was looking for. Ironically, I already knew the Catholic Church was absolutely right on life issues, which no Protestant church could claim. And here was another sign of the one, holy, Catholic Church. That did it for me. As life has it, my husband was a lapsed cradle Catholic who never received confirmation.

So we ended up entering the Church together that Easter vigil. My friend also entered with us. When someone asks what led me to convert, I mostly reply the Scriptures. I returned to church when I began going out with the Catholic woman I would soon marry. It was the first time I thought God had taken a particular interest in me. It was a question of authority for me. I had always believed in Sola Scriptura. The one day a Catholic told me that Sola Scriptura was not scriptural. For days afterward, I scoured my Bible for proof that it was. When I found the opposite proof, I had no choice but to follow the Truth, and it took me to Rome.

Authority was the key domino. My prior understandings of Mary, the Eucharist, the Sacraments, the liturgy Also, Thomas Howards books and Journey home testimonies. What i realized though was once I was intellectually convinced, it became a psychological issue. Fear of change and fear of what will come next. Then I remembered the "just shall live by faith" and that we walk by faith not by sight.

That truly is scary! So, I jumped in and let the chips fall where they may!! I had been concerned for a while in the direction of my ELCA Lutheran church, but never considered leaving for a minute really. Then, last August, they simply went too far the synod, not my particular congregation. I was surprised myself, immediately thinking "I am not Lutheran" a cradle Lutheran over 50 years. The next issue, if not Lutheran than what? I fairly quickly eliminated everything but Catholicism although still had big doubts. With a newly open heart and mind I was again surprised. I don't feel led here as much as pushed and couldn't be happier. I was in a similar position as Bekah, looking for a church that was more Biblical.

I had already believed that baptism was part of the salvation process. After that, I was convinced by the Real Presence, and it went from there. I was tired of being told my sins weren't really sins, that they were just illnesses or symptoms or some other psychobabble. I knew they were sins. I knew confessing "to God alone" was never enough to break the slavery to them. I needed to confess my sins as sins to another person who would affirm they were sins, affirm my need for a savior, and speak Jesus' words of forgiveness.

Caedmon: though penance didn't make me Catholic, it sure has been life-changing. I had no idea how much grace was available to me through sacramental confession. I was converted to Southern Baptist,when I was a freshman student in , after how many years came back to the Church after attending a Catholic seminar, since then, I loved the Lord more and his Church. My husband had a near-death experience that moved him to return to the Catholic church. I came along with the idea that I would learn exactly what the church was teaching and then refute it and lead him to a Bible-believing church.

As always, the Lord had the last laugh, and I soon found that the Catholic Church held the truth I'd been seeking for so long.